Coming home to Canada unexpectedly because of Karl’s father’s illness has meant that our focus for the last few months has been on family and their needs.  Many of our friends and family have prayed faithfully since Karl arrived in Canada in January and I arrived in March after teacher training was completed. We are very grateful for the strength and comfort of the Lord during this time.  Karl’s father passed away on April 21 and we are looking to return to Uganda at the end of May.

Times like this are obviously difficult, but there have also been many good things about being home during this time.  On Friday we took part in the annual Kibaale Walk, Pacific Academy’s major fundraising event held each spring to raise money for the Kibaale Community Centre in Uganda. 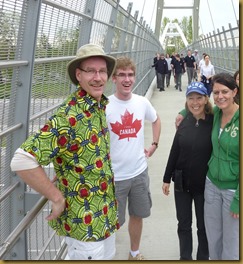 This was an extra special event this year, being the 20th anniversary of the walk.  I remember clearly the excitement of the 1993 event, then called the ‘Kibaale Fun Run’ (as participants had the choice of doing a 10km run around the neighbourhood in Fraser Heights, or a 5 km walk).  We were all younger and more energetic back then!  Students, staff, parents and friends of Pacific Academy enjoyed a great day, knowing that they were helping to launch an outreach project that would help to provide Christian education and meet the basic needs of AIDS orphans living near the epicentre of the epidemic that was rapidly spreading in Uganda.

Kibaale Community School, a small school of 150 students and four teachers (with four books and a box of chalk) has grown into four schools (nursery, primary, secondary and vocational) with over 800 students. The community services now include a thriving community clinic and a variety of other community projects such as the provision of bore holes for water, agriculture education, and small business loans.  The students in Kibaale Community Schools are sponsored by individuals in Canada, Holland and other countries through the Kibaale Children’s Fund sponsorship office.  A large number of students have now completed university and other post-secondary programs and are working as professionals who understand what it means to serve others in the Spirit of Christ.  They are the fruit of the labours started 20 years ago, after the first Kibaale Walk. 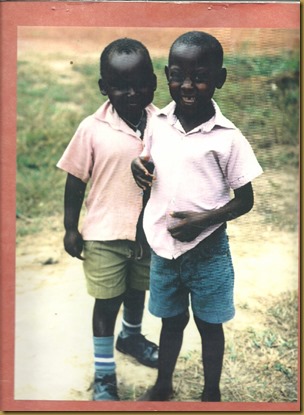 Kabali and Kasiita (two of the original students in Kibaale)

Kasiita is now a university student. 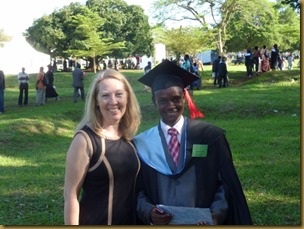 Kawungu is another original Kibaale student, who completed university in December and is now teaching in a secondary school near Kibaale.

Posted by Karl + Arleen Buchholz at 10:05 PM No comments: