This last week we completed three great days of training at the FGW national workshop at Light The World Church in Nasana, just outside of Kampala. 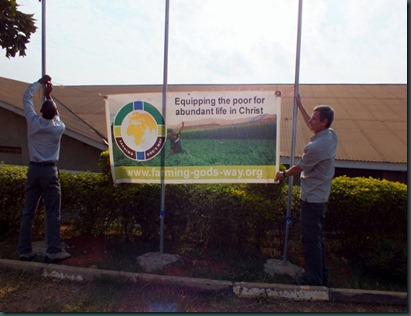 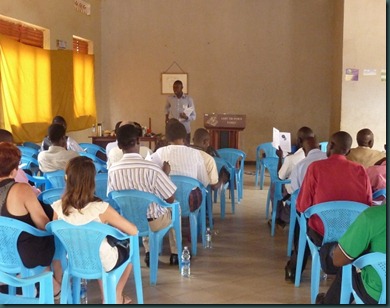 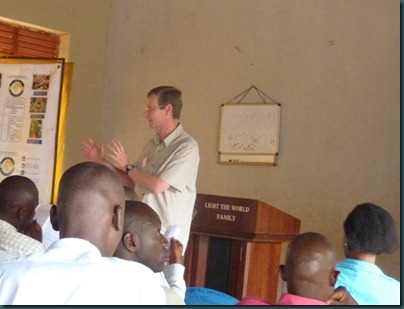 We had a good representation of farmers and those who worked for NGOs, many of them faith based, wanting to make a difference in the communities in which they minister. 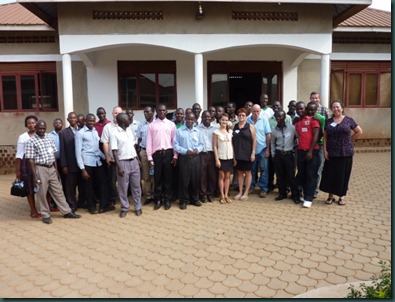 After two days of ‘classroom’ instruction, we shifted to Double Portion Farm for a day of hands on training, applying what we learned. 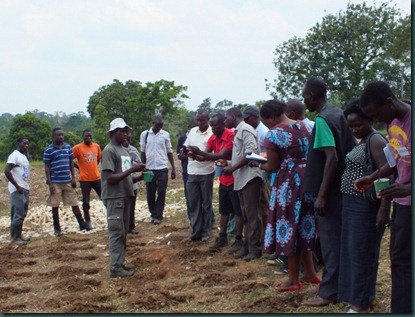 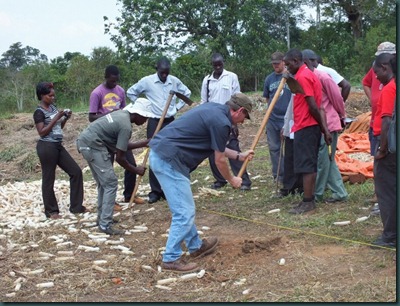 It was great to see so many participants embracing the key components of FGW wholeheartedly - especially God's heart for the poor. 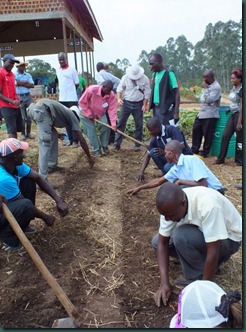 After three days, many new friendships were forged.  We look forward to continue building and nurturing these friendships in the weeks and months ahead. 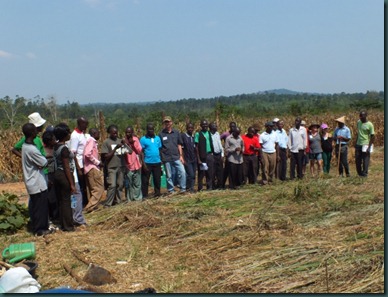 Posted by Karl + Arleen Buchholz at 8:46 PM No comments:

Off to the Press! 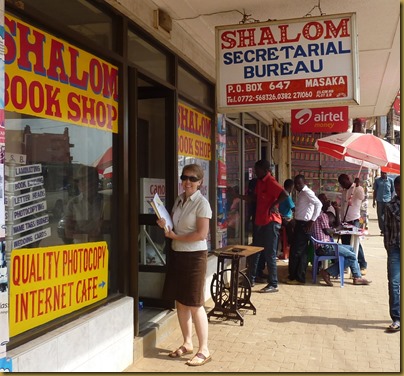 The last module of our Timothy Centre teacher training course is completed and ready for ‘printing’ (actually… photocopying in town at the local secretarial bureau when the power comes on)!  It has been over 3 years of research and writing, but we now have all four modules prepared…and just in time, as the last module on Methodology is due to begin on August 26 when our first cohort of teachers returns to complete their training.  These teachers began training with us in January, 2012. 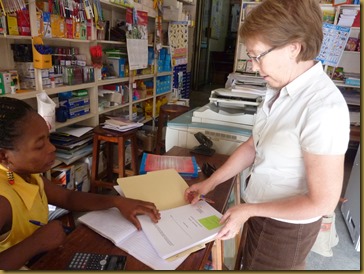 For each module studied,  teachers receive a booklet of prepared notes and resources, as quality books on topics of Christian education are in very short supply here, particularly those that are relevant to the Ugandan context.  It has been a long process, but a very good one, to develop this course… and we pray it is a blessing to many teachers and schools.  I’ve learned a lot along the way myself and am thankful for the opportunity to work on this.
Posted by Karl + Arleen Buchholz at 5:28 PM No comments:

Back to the Books

Since returning to Timothy Centre, much of my time has been spent in the books and on the computer finishing the course material preparation for our last teacher training module which will be held August 26 to September 11.  We are praying for some teacher volunteers from Canada (or elsewhere) who will be able to help with this course, as we are very short staffed at the moment….so if any Christian teachers are willing to come and work with an amazing group of Uganda teachers in the in-service program they are welcome to contact us! 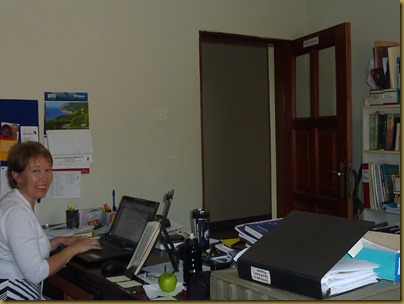 This two-year course has been held during the school holiday months here (January, April/May, and August/September) and it has been a rewarding, challenging ministry to be a part of.  It will be great to see our first class of teachers complete the course in the upcoming session!

Posted by Karl + Arleen Buchholz at 8:39 PM No comments:

….make light work!  One of the ways in which Kibaale Community Centre and our child sponsorship office (KCF) help the neediest families in the community is by facilitating the building of new houses.  Donors who want to bless this community often designate to a ‘Where Most Needed Fund’ and when the KCF office becomes aware of a family housing crisis, our Kibaale Community Primary School outreach classes pitch in to provide the labour needed to mud a new house.  The office arranges local workers to erect the pole and bamboo wall frame, set the wooden door and window shutters, and attach the tin roof.  Then the fun starts! 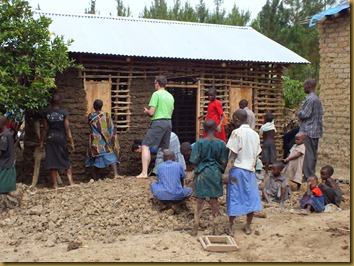 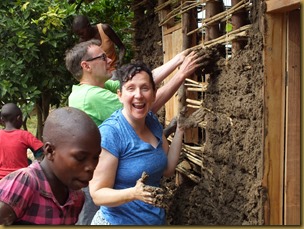 The mud is applied with many willing (and skilled) hands, as the primary students teach Canadian visitors the fine art of packing the wall frames with mud that dries like cement in the hot sun.  Last week the Teefel family came from Canada to spend some time in Kibaale to meet their sponsored child and see the project that they have supported over the years.  Lynn is a Pacific Academy teacher and was a leader on the first Pacific Academy team of students that traveled to Kibaale in 1991 to construct a bath house for the orphaned and abandoned children who lived there at the time.  This time, she came with her whole family! 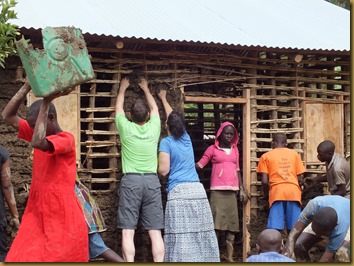 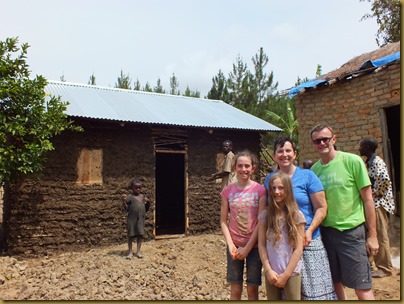 It was great to reconnect with Lynn and her family here in Uganda, and to be reminded of the practical ways we can share the love of God by working together with the people of Kibaale community.

Posted by Karl + Arleen Buchholz at 9:27 PM No comments: 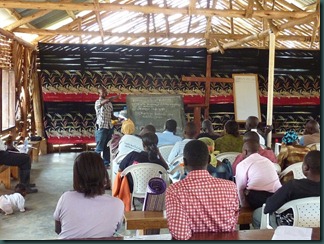 Stephen Bwogi and I just completed three days of Farming God’s Way training at Eagle's Wings in Lukaya Uganda.  Eagle's Wings Children's Village is a ministry that takes in orphan children from the area, organizes them into loving family groups, and provides them with education and health care. 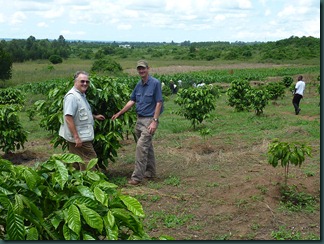 Bill and Ann Pekham from Canada have had the vision for EWCV and have spent their retirement years selflessly serving Ugandans in the districts of Kalungu and Masaka.  A few years ago I began to do some FGW training with their staff.  After recent staff changes, they asked us for more training, so we just completed another three day workshop.

About 30 people came out, many of them from the surrounding community.  As the workshop progressed, many in attendance began to see the potential of increased yields for their gardens, but the most exciting aspect was the testimonies by several who were encouraged from the Word of God to trust in God and to look to our Lord Jesus Christ as their sufficiency. 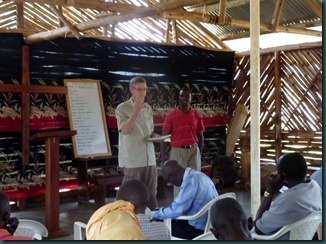 Towards the end of the workshop, participants began to express the desire to continue meeting in weeks and months to come, and to keep many of the new concepts alive.  At the workshop I also met a couple of young pastors who serve on a committee of 26 pastors from the area.  They expressed a desire to organize a workshop for their congregations.  “Many of our people have much land but are so poor…most do not know how to properly utilize their land”, shared one of the pastors.  As a result many in their congregations are sick and destitute. 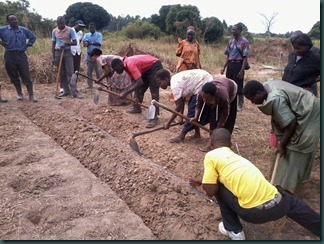 There is a song that Moses wrote (recorded in Deut 32), that is quite amazing and encouraging, ‘In a desert land he found him, in a barren and howling waste.  He shielded him and cared for him; he guarded him as the apple of his eye, like an eagle that stirs up its nest and hovers over its young, that spreads its wings to catch them, and carries them on its pinions.  The Lord led him…made him ride on the heights of the land and fed him with the fruit of the fields, v10-12.

I’m so thankful for the ministry of Eagles Wings, and their vision to help the orphan and those living in a barren land.  God bless you as you continue to minister in that community.
Posted by Karl + Arleen Buchholz at 2:16 PM No comments: 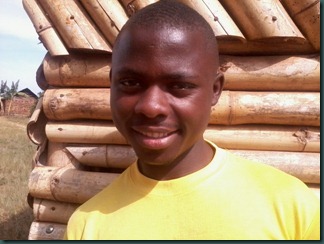 About a year ago, I met a young man, who was eager to develop his skills in agriculture.  As I spoke with Stephen, it was obvious that he was very excited about farming and wanting to make a difference in his community and his country. 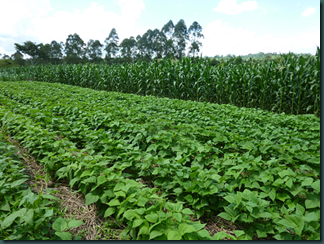 For the last ten months he attended an agricultural school in Wakiso district, Uganda, that focuses primarily on teaching Farming God’s Way principles. Here he learned to apply proven technology and management skills, along with biblical keys to equip the poor in the agricultural domain and come into an abundant life in Christ. During his time of training, he told me he has never seen a method of farming that has such amazing results. http://farming-gods-way.org/home.htm


After graduating at the end of May, Stephen has joined me full time in implementing FGW in Uganda.  He has a real heart and vision to help many families in his home district of Rakai, one of the most impoverished in Uganda.  He also has a vision for other parts of Uganda, assisting many families to come out from under the yoke of poverty. 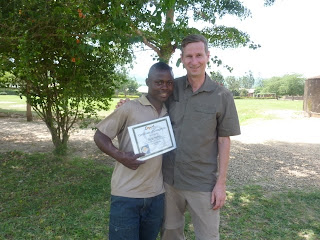 I pray that God will use this young man in helping not just to transform unproductive land into productive land, but lives in spiritual poverty to abundant life in Christ.
Posted by Karl + Arleen Buchholz at 10:06 PM No comments: