We recently had two teams of high school students working with us at our two projects (Kibaale Community Centre and Timothy Centre) and each team had some time in their program to see some of the beauty of this country.  We helped to drive the Kibaale team to Queen Elizabeth Game Park on Tuesday and though it can be a rather tiring journey, it is always exciting to see what surprises await us in God’s magnificent creation!

This time there were several highlights, including a large hippo right relaxing in a mud hole right beside the track.  Unfortunately, as he emerged from the mud, it was apparent he was quite badly injured—limping and missing his ears (the result of an encounter with a lion or another hippo?). He was reported to the park rangers and was being investigated when we left the next day. 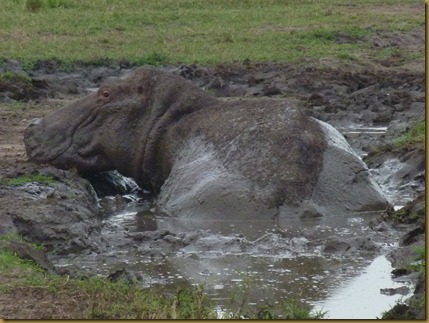 It was a bad day for hippos, as we also came across an accident on the road early in the morning—a car had collided with a hippo on the road.  The car didn’t fair too well, and the hippo was butchered and taken home for supper by the villagers who were lucky enough to get a free supply of meat that day.

One of the great opportunities for game viewing at Queen Elizabeth NP is the boat launch that takes visitors on a 2 hour ride on the Kazinga Channel between Lake Edward and Lake George.  It is not uncommon to get good sightings of elephants coming down to the water, but this time we had a large bull elephant actually escort us along the shore for at least a kilometer.  He put on quite a show as he followed alongside the boat, occasionally stopping for a bite to eat. 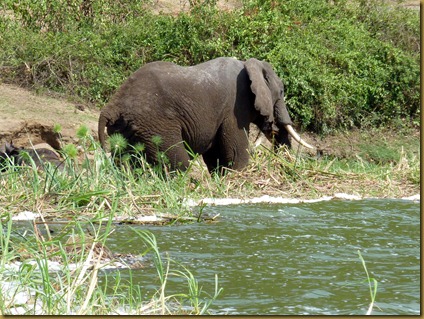 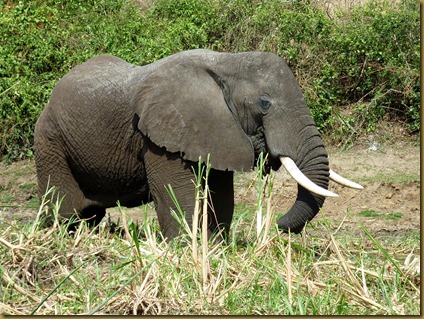 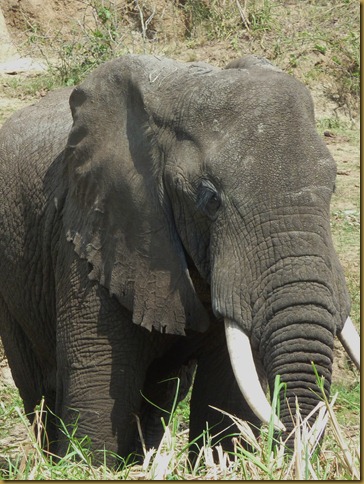 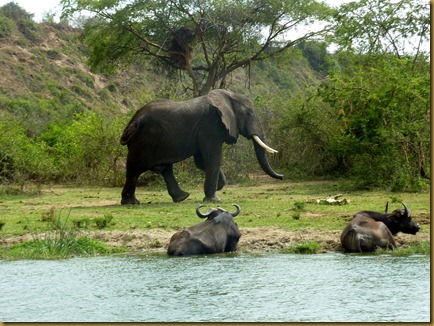 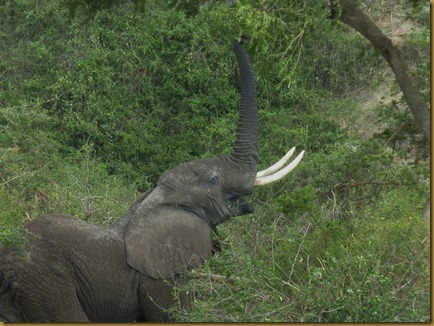 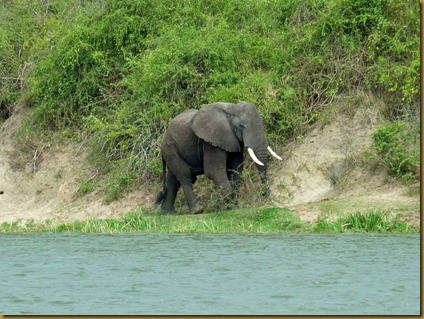 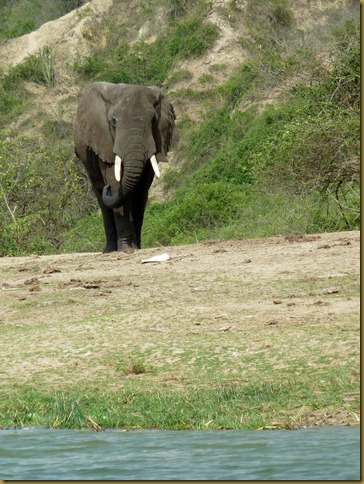 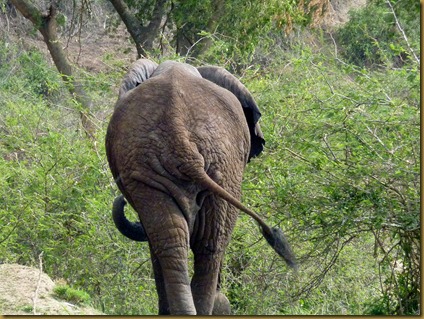 Then we also had two great sightings of female lions.  They had obviously eaten well, as they were content to lie in the grass and relax.  We had been told by the rangers that earlier in the day, four lions had been seen chasing a leopard up a tree, but the lions we saw were in a lazy mood and just posed peacefully for us. 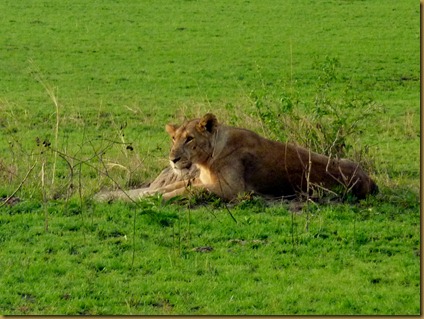 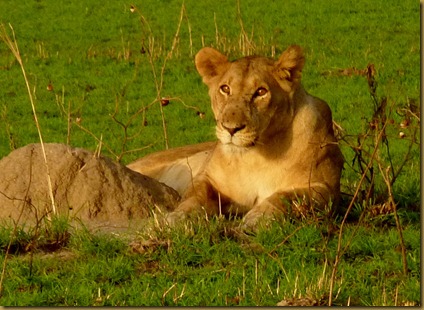 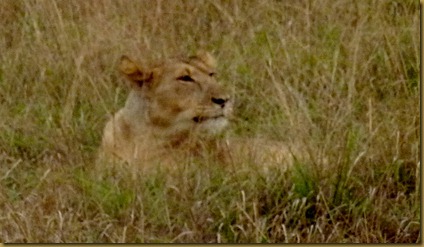