While on our game park trip last week, we also went chimpanzee trekking in Kyamburu Gorge, a 100-metre deep gorge cut into the savannah by a river. 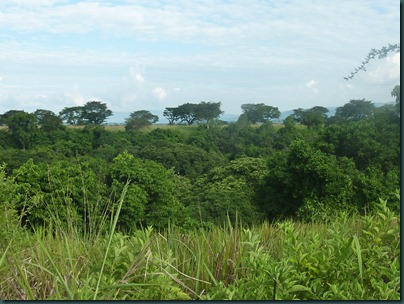 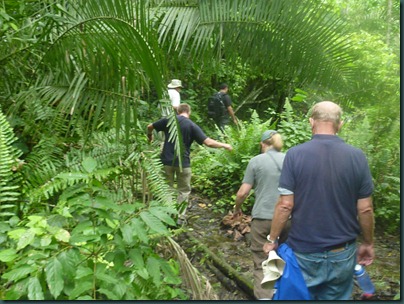 The ecosystem is more like a tropical rainforest and it is a fascinating hike following chimpanzee knuckle prints in the mud and listening for the chimps’ characteristic screams in the trees.  The chimpanzee nests in the trees from the previous night help to locate the animals that move freely along the 16 km length of the gorge. 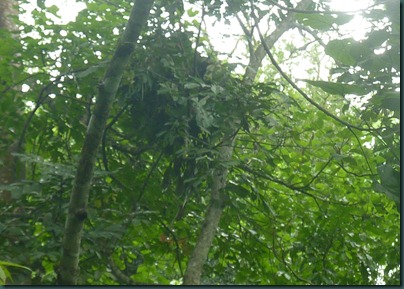 I (Arleen) have done this trek several times before, but this was definitely the most exciting experience so far.  Unfortunately Karl missed out because he had to escort one of the team members to the clinic when he started to feel ill towards the beginning of the trek.  I have the photos to verify my story, though!  After about an hour of trekking we found one of the 27 year old females, Hatari, up in a tree. 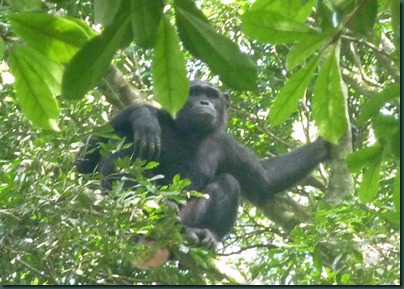 She is not one of the shier ones, so she came down and sat quietly to allow us some good photos. 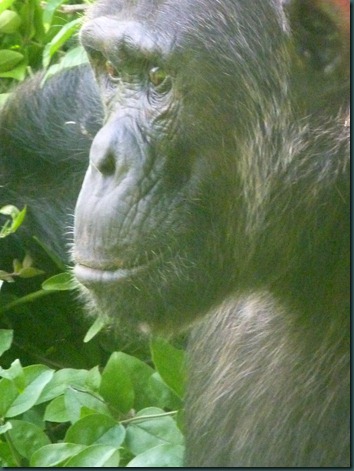 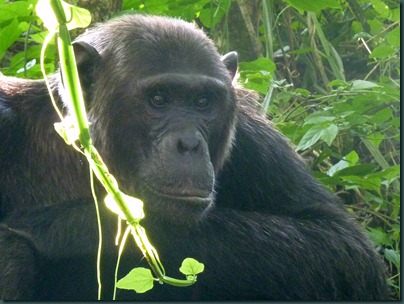 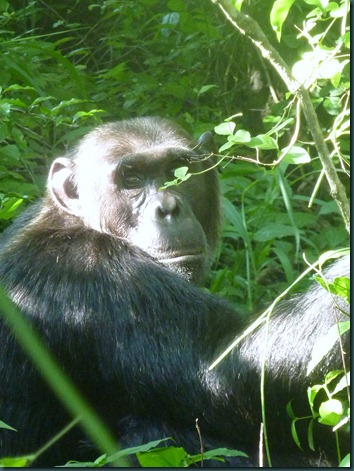 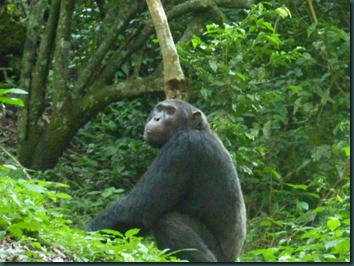 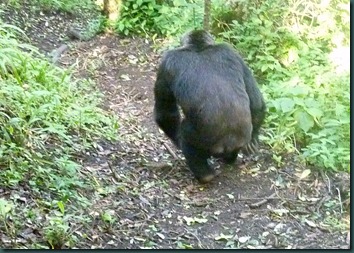 She then decided she wanted to walk along the path right where I happened to be standing and calmly brushed by me and walked off to see the alpha male, Brutus (who was much more camera shy). 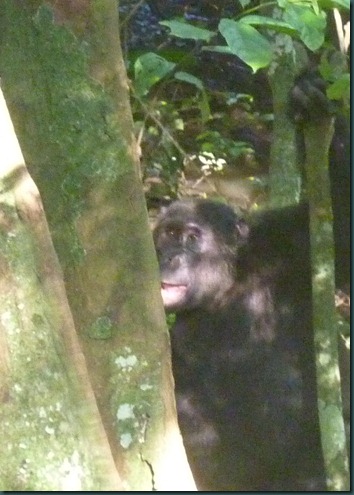 Soon we were in the midst of a group of 14 chimps all walking, climbing, swinging, and screaming around us.  In the midst of this pandemonium one adolescent male, Maji, picked me out as the lone female in the group and started charging at me, apparently to show his prowess and get a good reaction. The guide told me just to   stand still and hold my ground (a bit hard to do under the circumstances!).  I started backwards a bit and nearly knocked another fellow backwards down the slope, but thankfully he was able to steady himself and keep the two of us from rolling down.  Once Maji got his desired reaction, he promptly laid down on his back and gave me a very cheeky look! 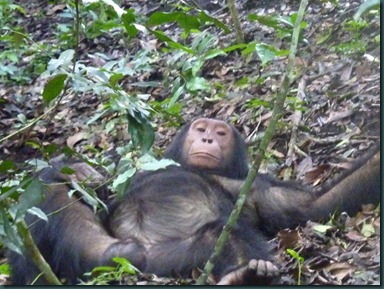