Since returning to Uganda at the beginning of this year from our Christmas break, I have been preparing for upcoming Farming God’s Way workshops. The best time for agricultural training in Uganda is in the dry season, before the planting season. In this way farmers can implement what they’ve learned as they prepare their fields and plant their crops.

The rains usually begin towards the end of February through to the middle of March in most places in Uganda. That gives us about 2-3 months of training from December onwards. 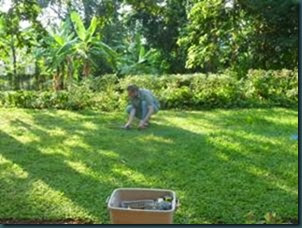 A lot of the prep time involves not only making sure one’s tools are in top shape, and seeds and fertilizer have been purchased, but community leaders, churches, and NGO’s (non government organizations) have been contacted to set up schedules and venues for the training. In order to see lasting change, we commit to train in a community for 5-10 seasons (Uganda has 2 seasons a year). During this time, faithful men and women can be identified who will continue to pass the word around and train others in their community.

In Lwengo district, close to the Timothy Centre near Masaka town, two such individuals are now sharing FGW principles with their neighbours and friends. It’s taken about three seasons, but their neighbours are noticing the difference in crop yields and are now beginning to adopt more productive farming methods. 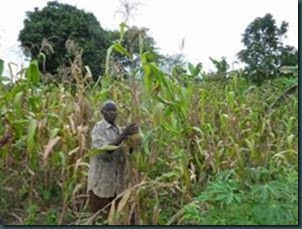 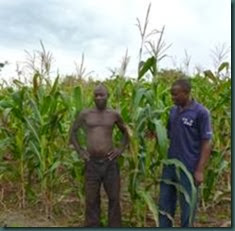 In the past few weeks I’ve done several training workshops, with several more to come before the rains start. In future blogs I’ll give updates on these trainings and how people are being impacted.

I appreciate your prayers as Stephen Bwogi (my associate trainer) and I travel the country sharing how the kingdom of God impacts the agricultural domain in Uganda. Our desire is to see not only land become productive again but lives transformed by the power of the gospel.