One of the best birthday presents here is a getaway for some rest and relaxation in one of the beautiful parks of Uganda.  On Tuesday Karl and I drove up to Ziwa Rhino Sanctuary (about 2 hours north of Kampala … 4 hours in all from Timothy Centre) and spent a couple of nights there enjoying a great site, animal viewings, and superb food! 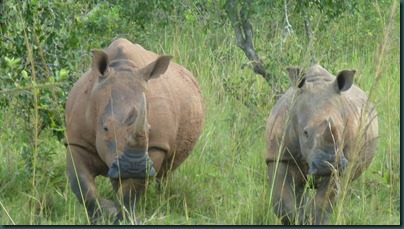 Ziwa was established by the Rhino Fund (Uganda) and presently has 10 white rhinos—the only wild rhinos in Uganda.  Rhinos used to be very plentiful in Uganda, but were poached to extinction during the period of civil unrest inthe 1970s.  The last  rhino was seen in Uganda in 1983.  RFU began reintroducing white rhinos into Uganda in 2001 (to the Uganda Wildlife Education Centre in Entebbe).  Ziwa sanctuary was completed in 2004 and in 2005 the first 4 while rhinos were brought in from Kenya.  Four baby rhinos have been born at Ziwa and there is one mother ready to give birth any time now.  She was due on my (Arleen) birthday, actually, but had not delivered by the time we left this morning.  They want to film the birth, if they can find the mother hiding in the bush, and this would be the first time a white rhino birth has been witnessed.
We were able to go rhino tracking on foot with rangers and see the expectant mother in the distance, as well as three of the other rhinos very close up. 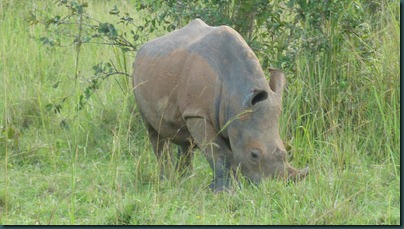 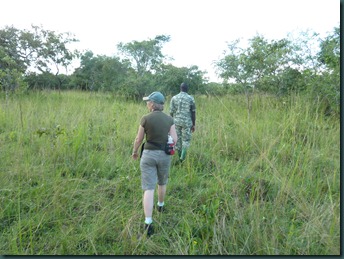 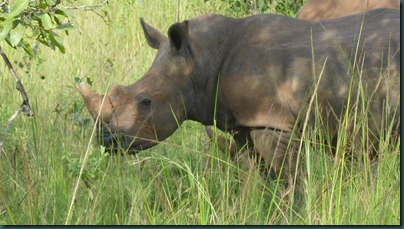 We stayed at a newly opened lodge called Amuka Lodge and enjoyed the rustic feel.  There was only one unit fully completed so we were the only guests….the other units will be completed later next year. 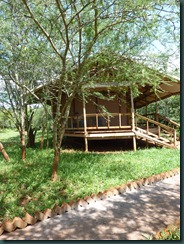 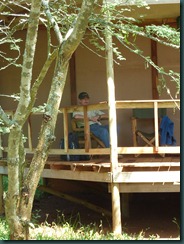 The food at the lodge was absolutely amazing—gourmet cooking like we have never tasted in Uganda.  And the really interesting thing is that the chef is a Kenyan fellow named Joel who grew up in a little village very close to where I lived when I taught school in rural Kenya back in the late 1980s!  He told us that he would have been about 10 years old at that time. 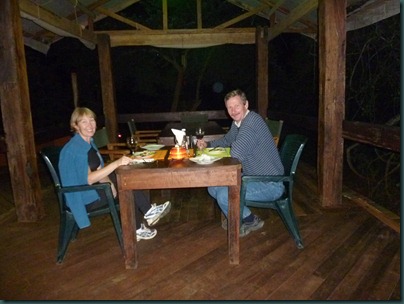 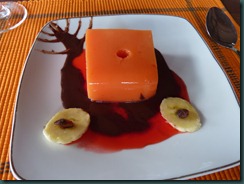 One of Joel’s fabulous desserts 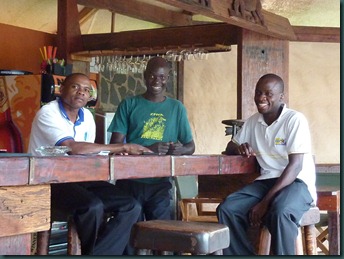 Joel (centre) and two other staff members
Early Wednesday morning we went on an excursion to a wetland on the border of the 72 square kilometre park property to look for the rare and elusive shoebill, a giant stork-like bird with a massive fat hooked bill.  The shoebill is about 4 feet tall and hunts for prey in secluded permanent swamps.  We we really fortunate to see one after some slogging through the swamp in gum boots, but even though we got a good view with our binoculars, it was too difficult to get a photo.  You will just have to believe us! 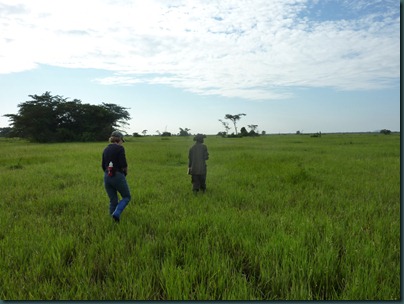 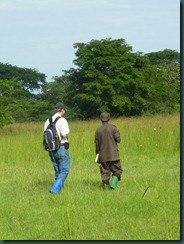 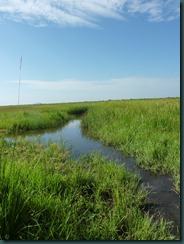 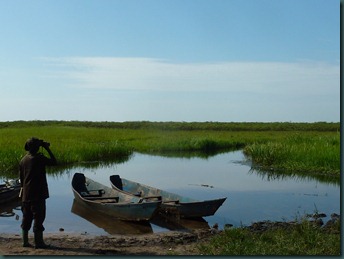 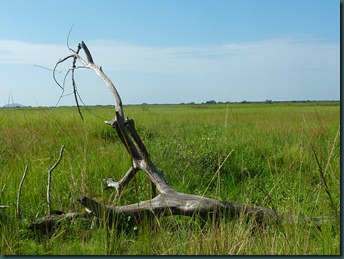 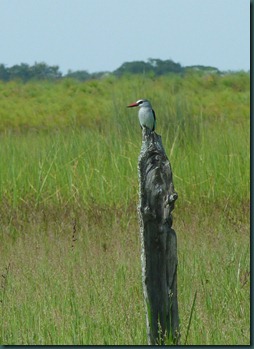 At the park headquarters, we also saw some bushbuck feasting on the grass near the guesthouses.  Bushbuck are normally very shy and skittish, hiding in the forest.  These ones had obviously become accustomed to people, and perhaps were tamer in general as a result of living in a park without natural predators (other than the odd leopard). 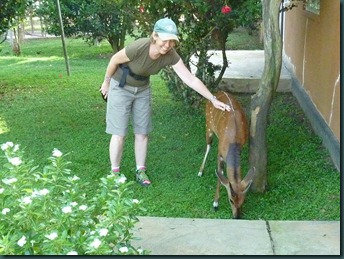 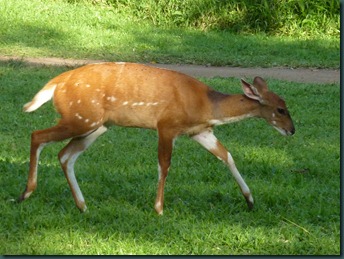